Thon Met African Peace Foundation is a grassroots organization working to improve the lives of refugees.

We are a grassroots, 501(c)(3) non-profit tax exempt organization working to improve the lives of South Sudanese refugees through education, clean water, access to healthcare and a safety net in housing for those displaced by war. 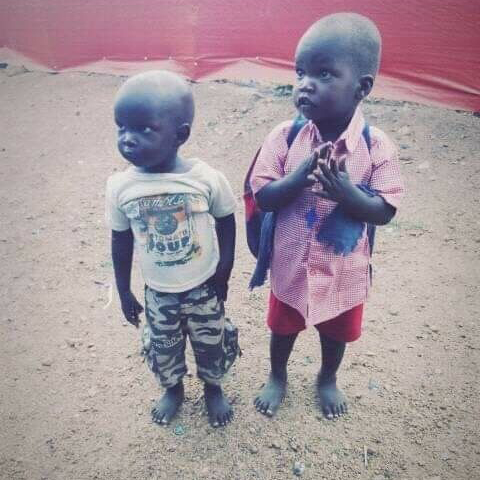 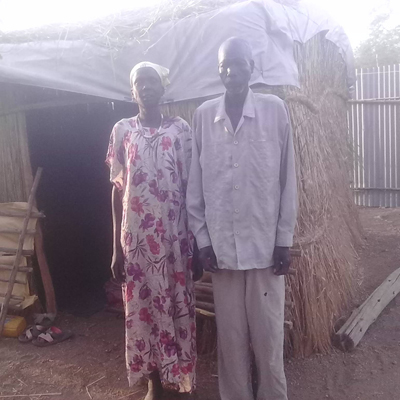 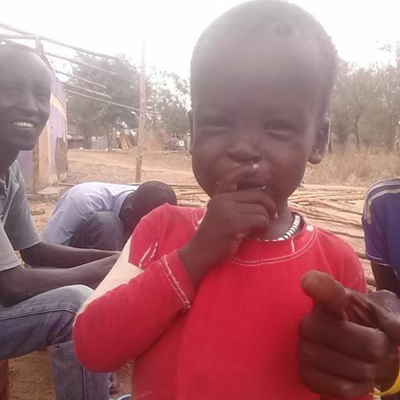 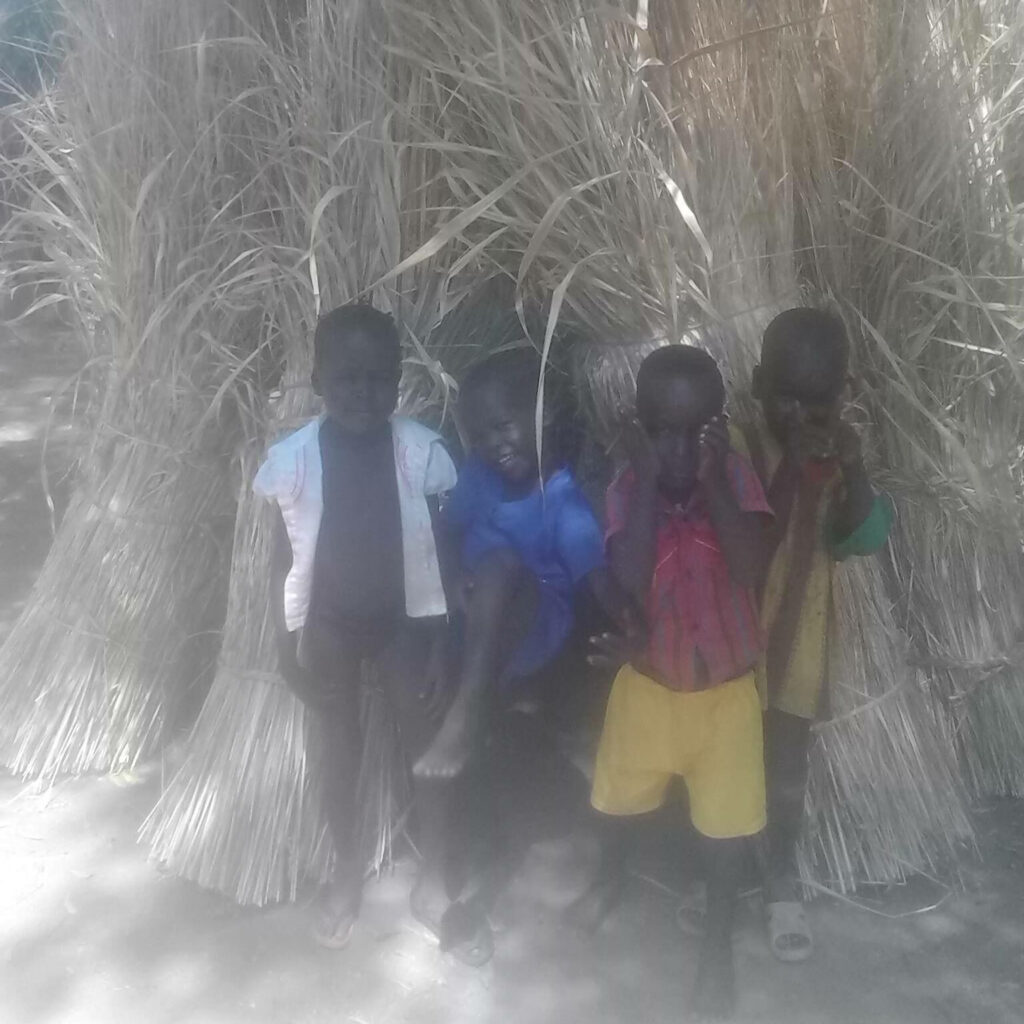 We dream that the children of South Sudan can live as children again: that they may learn, play, and thrive without fear of violence, illness, or thirst.

Thon Met is relocating families of South Sudan to a safe village in Ethiopia, where they can become healthy, educated, and self-sufficient. We have a waiting list of over 150 families in Kenya's Kakuma refugee camp alone, but must be sure the community we build is healthy and sustainable. When peace returns to South Sudan, we will return our efforts to building within the country, and Thon Met Village will continue to provide support to families as they transition out of refugee camps.

The South Sudan of my early youth was a beautiful, peaceful place. I remember waking up early in the morning to go to the river with my mother.  In the afternoons, my brothers, Ter and Duop, and sister, Sunday, and I would play hide and seek with our friends in the center of our village.  In the evenings, we all sat together, my mother, father, brothers, sister and I, to share a feast.  I cherish these memories, and what, at the time, seemed like an ordinary, daily routine.

One day, when I was eight years old, my friends and I chased each other through the tall grass that bordered our village, tripping over branches, and giggling as we helped each other up.  And then I felt the earth shake.  I covered my ears, but could not block out the deafening, ever-loudening bang-bang-bang that enveloped me. That was the moment when the War reached my town, forever shattering my family and my life. 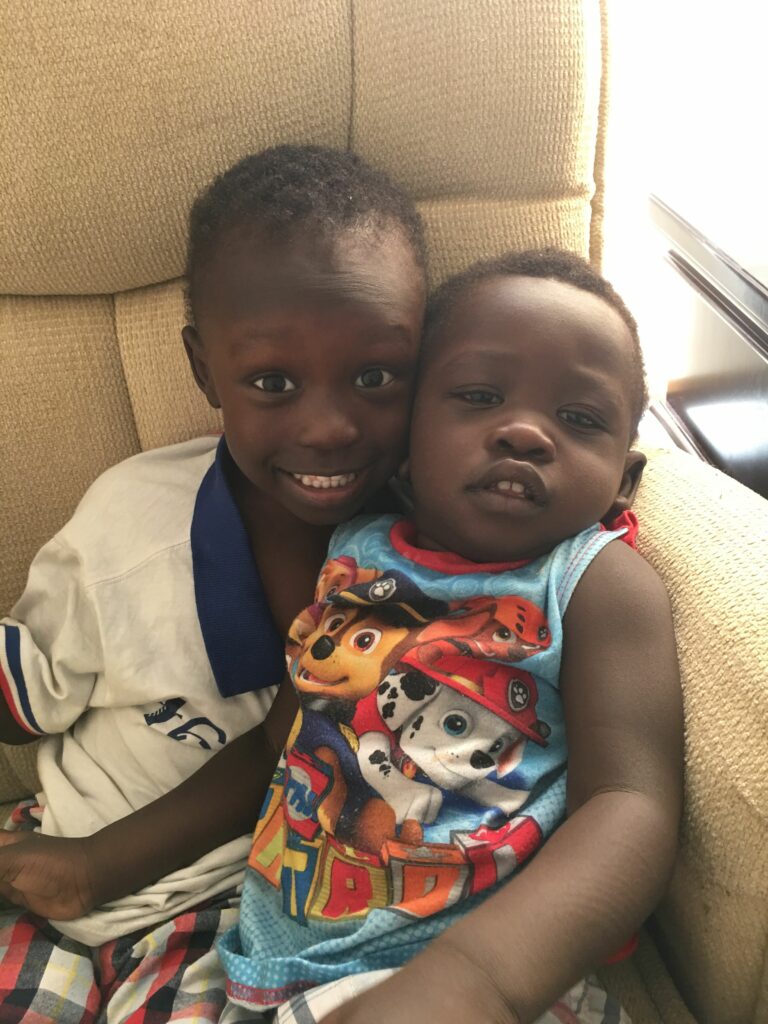 At the Kakuma refugee camp, although I was safe from gunfire, I had none of the beauty or peace of my former life.  With too many refugees, and too few supplies, the Camp was always short of food, water, and space.  We slept in tents – home-made out of sheets of cloth – and ate our rations of lentil soup and rice.  Every now and then we would attend a school session, where a UN official would teach us in a makeshift school- kids and mothers huddled around the official, with neither books nor pencils to work with.  For the most part, though, without our parents, life structures, or sufficient food to eat, education became an after-thought.  Our daily routine involved waiting in line for two to three hours to collect sufficient rations to quiet our rumbling stomachs, and desperately searching for new information about what had happened to our parents.  We spent four years at this refugee camp, in a constant state of purgatory. 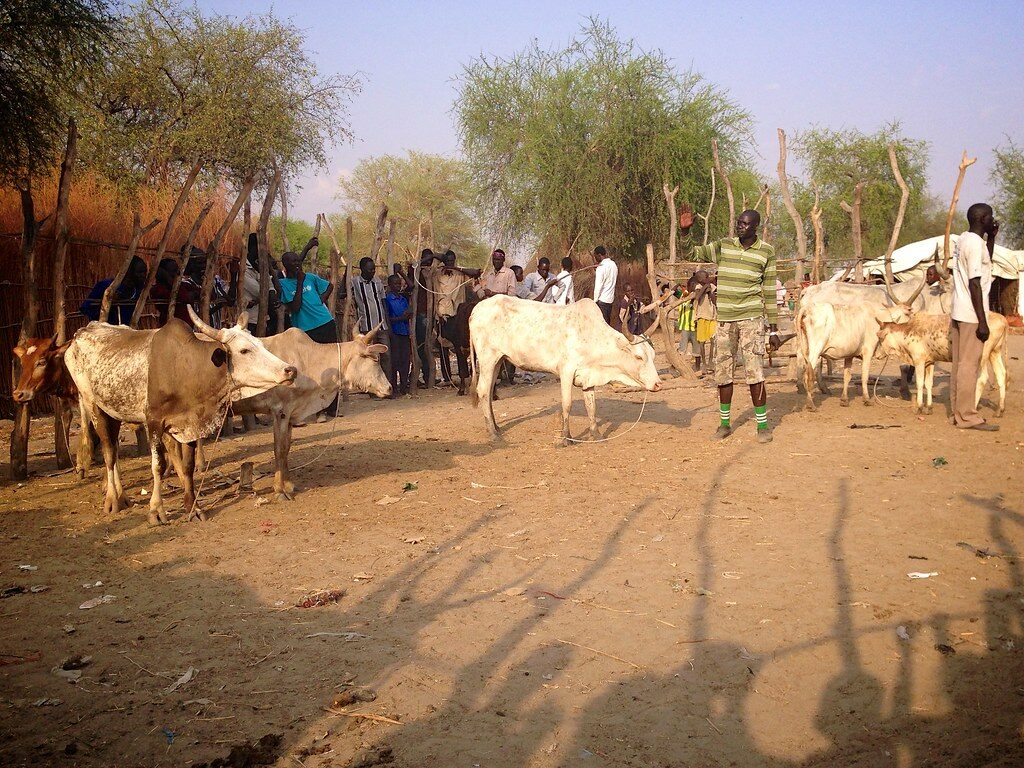 Ter and I were blessed to find generous, caring souls in the United States.  Over the next few years, we found our place in America and we both attended university.  I became a banker and Ter, an attorney.  I married a wonderful, kind man, who I had known as a child in South Sudan.  We now have 3 beautiful sons.

While my brother and I have pursued better lives for ourselves, we have never given up the hope of one day returning to a safe and peaceful South Sudan. Like our grandparents and parents before us, we dream of a South Sudan in which children can live in homes with their families, safe from violence.  We dream of a South Sudan where children can attend school, and feel safe, and where they can build dreams of their own.

To further our goal of safety and education for the children of South Sudan, Ter and I founded Thon Met African Peace Foundation, Inc. – named in honor of our grandfather. Thon Met is a grass roots organization working to improve the lives of the South Sudanese.  As South Sudan is still unstable and dangerous, we are currently focusing our efforts on building a safe village in Gambela, Ethiopia for refugees of South Sudan.  We are helping women and children relocate from refugee camps to the village, where they have access to food, water, and health care.  Our ultimate goal is to build a school in the village, where the children and women can learn to read and write, and where they will be able to build safe, fulfilling lives.

I hope you will join us in our mission to bring hope and safety back into the lives of the South Sudanese.  And I thank you for taking the time to read my story. 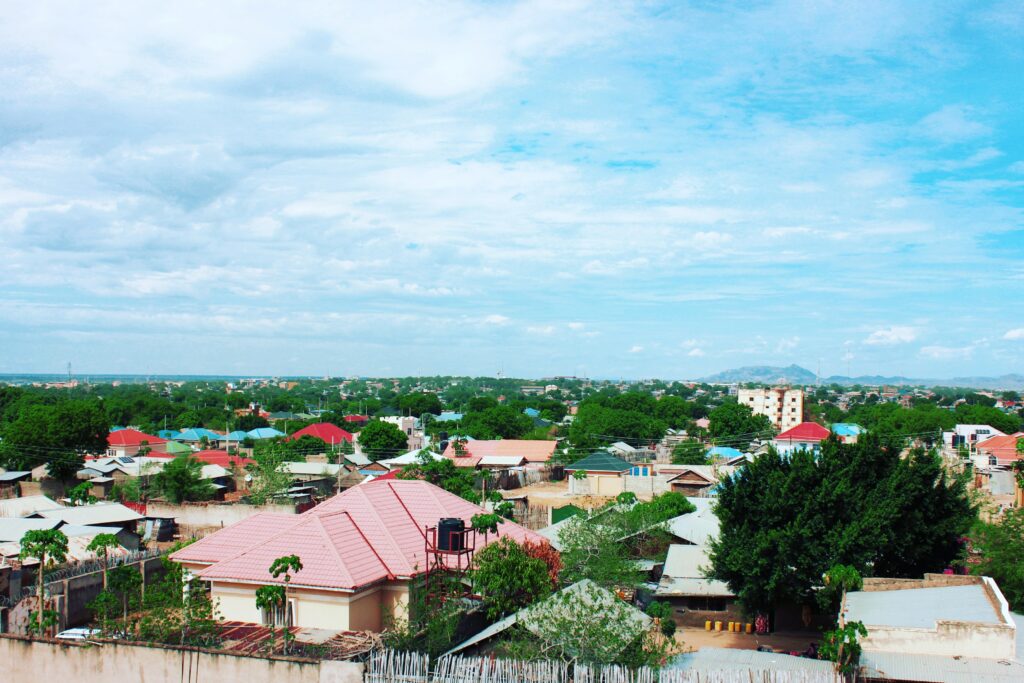 As the pounding of the earth became stronger, my friends and I scattered in different directions. I would never see those friends again.  I sprinted home, to my mother, who I knew would give me a hug and then lead us all to safety.  But when I arrived home, my young heart beating out of its chest, my mother was gone.  No hug. No safety.

My older brother, Ter, found me as I desperately searched the village for our mother and father. With the gunfire getting louder, we could not return to our home.  There was only one direction to go – away from the gunfire, as quickly as possible.  Had I known I would never see either of my parents again, would I have run so quickly away from my town? As an eight-year-old girl who loved her mother as all eight-year-old girls do, I don’t think so, but fear was the dictator that saved my life.

I followed Ter that whole interminable first night of running, crouching silently behind bushes as soldiers, not much older than ourselves, smugly waved their guns in the air, carelessly taking the lives of our neighbors and friends.

What I could only have imagined would be one night of running, turned into two, three, four, and more.  Over the course of this time, we found other children and adults, running in the same unclear direction – away.  As the days turned into weeks, our group of 1000 crossed the Ethiopian border, and continued through vast wilderness and unimaginable mountain terrains.

After 45 days of hiking through the grass of Ethiopia and Kenya, our group had dwindled to a mere 100.  Some had wandered off on their own, but most had succumbed to one of the ever-present dangers of our run: gunfire, thirst, or starvation.  Somehow, my brother and I stayed together throughout this march, and remained healthy enough to reach a UN Refugee camp in Kenya. 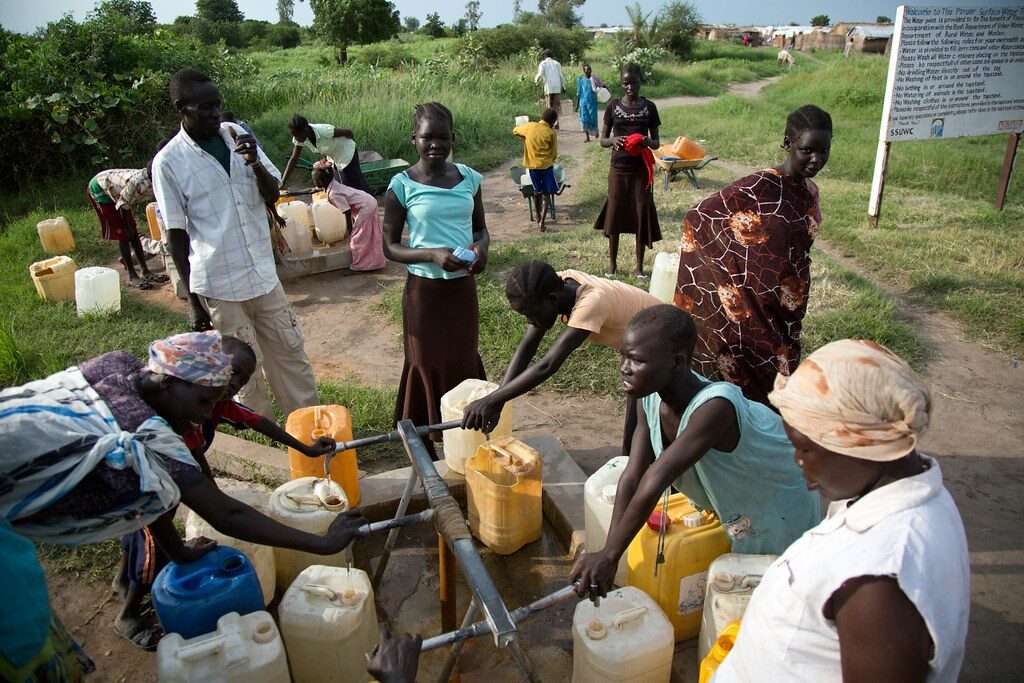 In 1995, as part the Clinton Administration’s effort to increase aid to African refugees, the Lutheran Social Services Church offered to host my brother and I in the United States.  After 4 long, hopeless years in the refugee camp, the offer to move to the United States was tempting. But, at the same time, leaving the camp also meant leaving behind my mother and two other siblings, who we still had not located. Three years earlier, we had learned that our father had died by war. And while we continued to grieve his death, we still held out hope of one day finding our family.  Ter, however, realized that this would likely be our only opportunity to make our lives better, and insisted we take it. So, one day, in 1995, we loaded into a UN van with three other children. We then boarded the airplane that would take us out of our long, violent nightmare.

I had never been on an airplane before. Needless to say, as the plane shook down the runway, I gripped the armrest.  I finally took a deep breath as the plane reached the clouds. I crouched over my little-oval window and looked out: below me, I saw Kenya, my childhood, and the hope of being reunited with my mother get smaller and smaller until, finally, they all disappeared beneath a sheet of brilliant, white clouds. 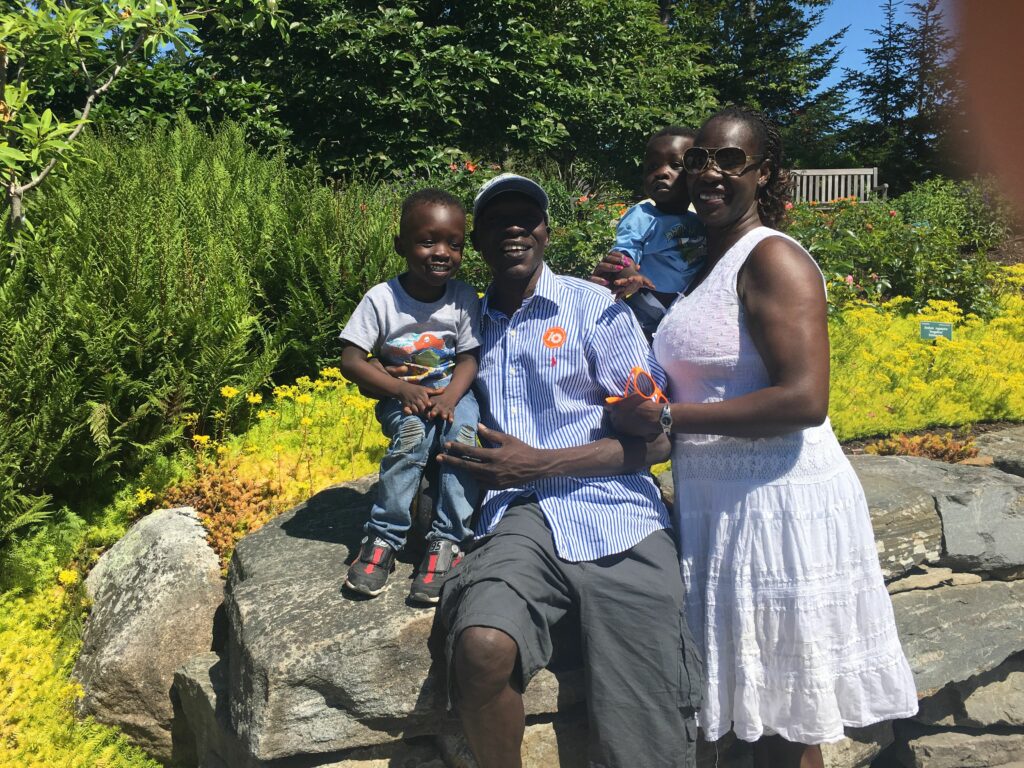 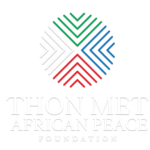